A herepath (on Exmoor sometimes spelled 'harepath', as it is pronounced) is a Saxon military road.  A network of herepaths and burhs or fortified towns was established by King Alfred to enable soldiers to move around the country quickly to repel Viking incursions.  Unlike Roman roads these were rarely paved and often not very straight; they just had to be wide and firm enough to allow men and horses to travel quickly without becoming bogged down or strung out.

Several herepaths have been recorded in the south-west.  There is a tradition of one running from Bristol to the River Parrett, where it crossed via a ford to Combwich before heading over the Quantock and Brendon hills and on to the top of Exmoor.  From there it was thought to continue to Barnstaple, where there was a burh at Pilton.  The route from Bristol on to Exmoor was set out by local vicar Rev. William Greswell, in his book on the region published in 1922.  Charles Whybrow, writing in 1970, proposed two onward routes to Barnstaple, diverging near Simonsbath: a southern one via Brayford and the other via Bratton Fleming.  In the 1980s Hazel Eardley-Wilmot also found evidence for a branch descending to Worthy, near Porlock.  Herepaths sometimes followed older Bronze Age paths and they can also be confused with medieval trade routes, so determining their exact route can be difficult. The evidence for the Exmoor herepath is based on tradition, place-names and historic boundaries, and inevitably involves conjecture.

The walking routes follow the herepath - as best as current knowledge and rights of way allow - between Combwich and Worthy.  The total length is just under 40 miles, but the central section follows the fast and fairly busy 'top road' between Elworthy and Wheddon Cross and doesn't make for a very enjoyable walk.  Two sections are described, as shown below: between Combwich and Elworthy (17 miles), and Summerway Cross to Porlock Weir (11.9 miles).  The second section can be linked by bus, with an extra 1.3 miles from the bus stop at Wheddon Cross. 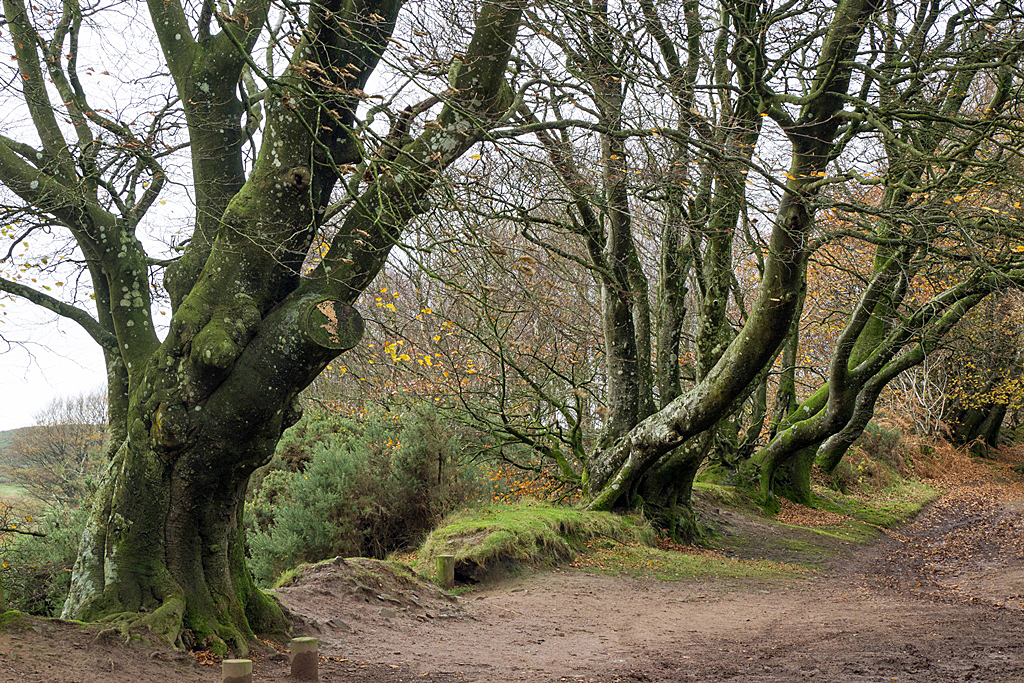 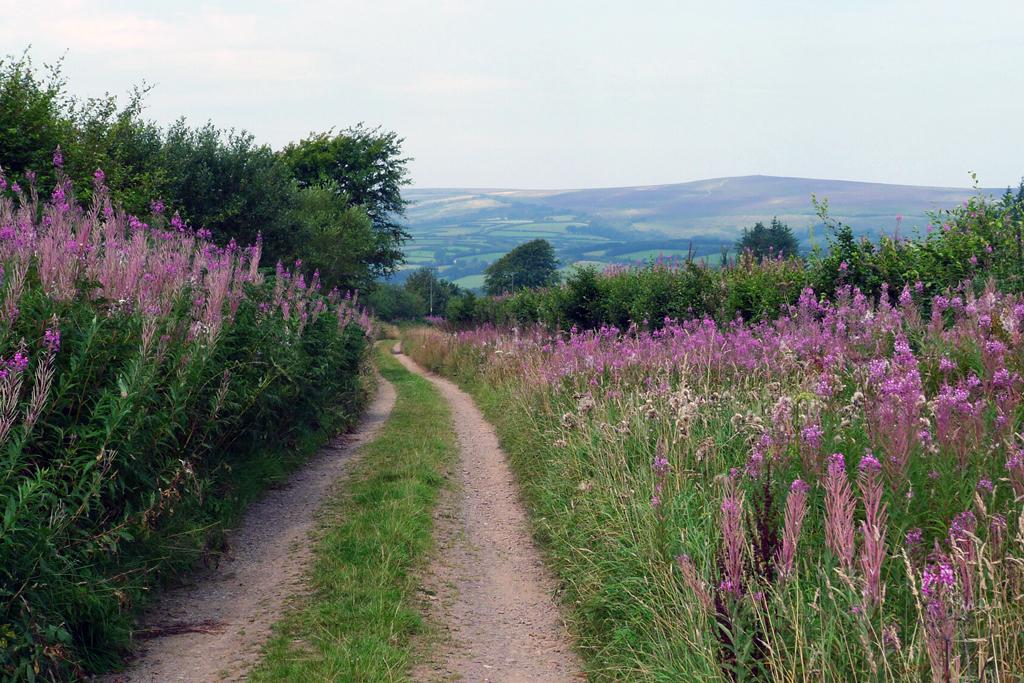