My name is Stan Lester, I live in Dulverton, and I have walked on Exmoor and the surrounding area on and off for over 30 years.  Apart from walking I have a love of ‘places’, photography and maps, which have contributed to this site, and historic gardens, sailing and motorcycling, which haven’t.  I still work but only when I’m not out in the countryside.

Special mentions go to my late father, S. G. F. Lester, who was responsible for my love of the countryside and introduced me to walking on Exmoor, and Philippa Taylor, my companion for several of the walks and the author of an excellent and highly informative blog, ‘Off the Beaten Track in Somerset’.

Almost all the mileage described here has been clocked up in Altberg Tethera boots, sturdy and waterproof, and worn with merino wool socks I’ve not had so much as a sore foot or blister.  Lowa Renegades also make an appearance in hot, dry weather.  In wet or cold weather I wear a reliably waterproof Rohan Guardian (now Vertex) coat, with the odd use of a 'mac in a sac' to ward off summer rain.  Planning was done on Tracklogs software using digital versions of the Ordnance Survey Explorer maps, and where they are available I also use the superb Croydecycle maps in the field.  Some of the more recent recces were also recorded on Viewranger OS mapping, which I chose after testing several rival packages; on Android the software is impressively stable.  The walk directions were recorded on an Olympus mini voice recorder, cheap and efficient.  Finally, the photos were taken variously with a Panasonic DMC-LX5 compact, Olympus OMD-EM10 ‘micro-4/3’, Pentax K5IIs DSLR, and one or two with a Pentax ME-Super film SLR. 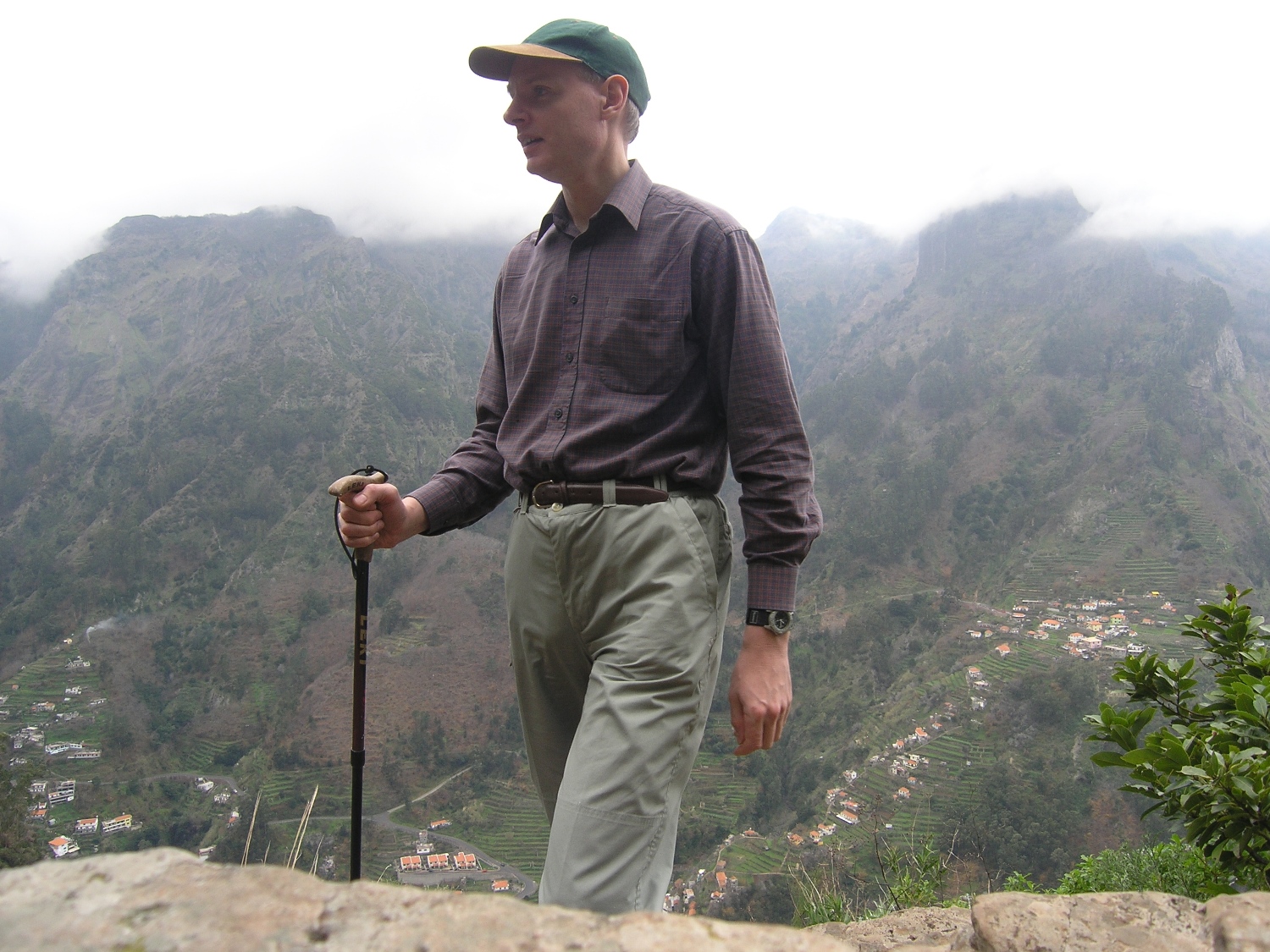 The author in Madeira.